Services are held every Sunday mornings and on religious days.

For all enquiries or should you wish to book a wedding, christening or funeral service, please contact our Priest, The Very Reverend Aleksandar Ivanovski on 0417 275 988. 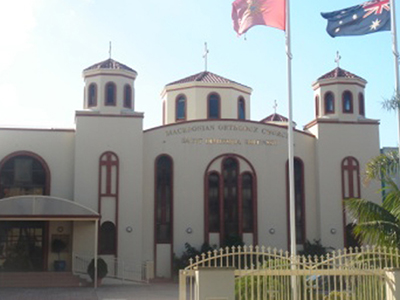 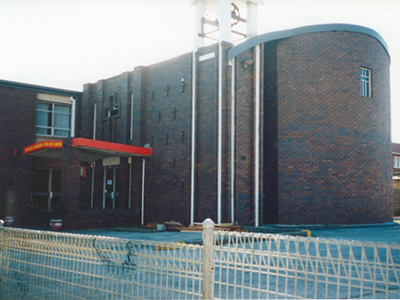 The first stone was laid on 4 April 1971 and the first Macedonian Orthodox Church “Saint Dimitrija Solunski” was completed, blessed and opened in 1972 in the city of Wollongong on the South Coast.

This was achieved by generous donations from our Macedonian community, bank loans and many fundraising functions and activities organized by our hard working and unpaid volunteers from our community members.

Due to the needs and the growth of the Macedonian Community in the Illawarra region, in 1996 the Management Committee made a decision to reconstruct and extend the church at an approximate cost of $1,000,000.00.  On 22 February 1997 the new and beautifully reconstructed larger church was blessed and officially opened for church service. 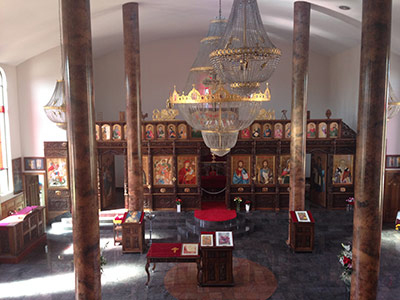 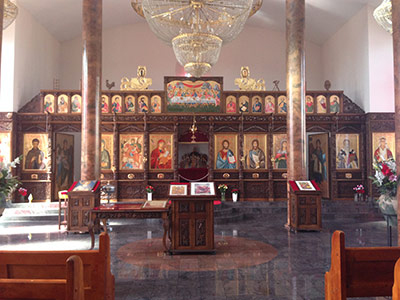 The main and the most spectacular feature in the church is our grand gold plated chandelier.  It is constructed from genuine Swarovski crystals and hangs in the centre of our church from the middle of the large dome that contains a hand painted fresco of our Savior Jesus Christ, which looks below on all of the parishioners. 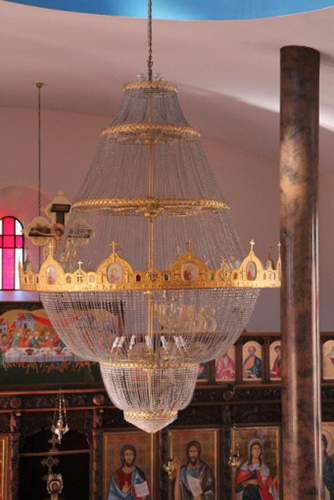 In November 2011 the most beautiful “Iconostas” was completed at an approximate cost of $200,000.00.  The “Iconostas” took more than 2 years to complete which was hand crafted from dry walnut wood by certified craftsmen in wood carving from a company named “Perdika” from the city of Bitola in the Republic of Macedonia. The hand carved "Iconostas" explains the Bible story and the life of Jesus Christ.  It has exactly 13050 various hand carved figures including various plants from nature. It has a wall of icons of various Saints and Apostles from the Bible that are inbuilt into the "Iconostas".

The "Iconostas" in our church is an amazing asset for the Macedonian Community and we extend a warm invitation to our community to come and visit our church. 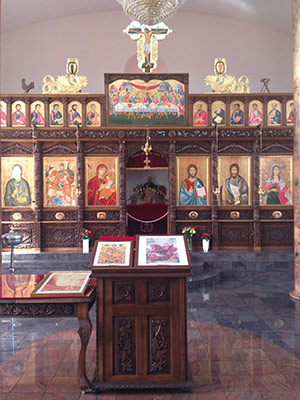 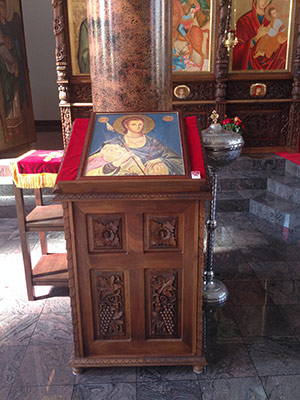 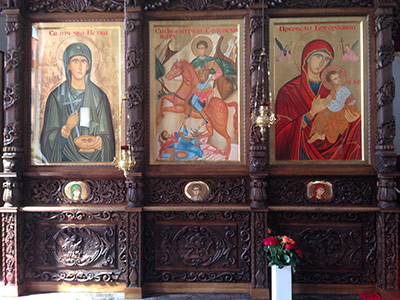 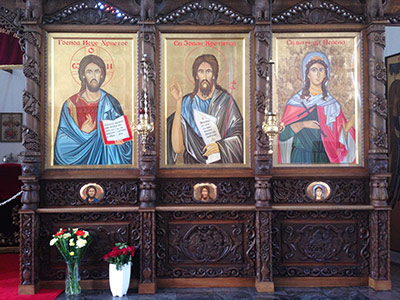 Our church is named Macedonian Orthodox Church “Saint Dimitrija Solunski” after the name of Saint Dimitrija, one of the oldest Macedonian Saints. Saint Dimitrija of Solun was a Christian martyr who lived in the city of Solun in the early fourth century in Macedonia. Over the years, his reputation became one that saw him as a "warrior", a Saint of Christianity.  His name day is celebrated on the 8th of November each year and this day is known as “Mitrovden”. 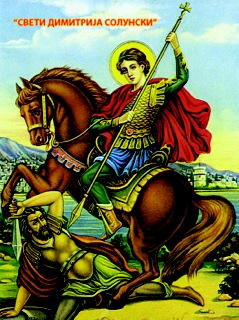 Born on the 25th April 1987 in Kumanovo, from parents Chedomir and Suzana with place of residence in Karposh, suburb of Kumanovo.

He completed an eight year primary education at "Magdalen Antova" primary school in Karposh, Kumanovo. With the blessing of Bishop Timotej the Metropolitan of the Debar - Kichevo Diocese he enrolled in the Theological Seminary High School of "St.Kliment of Ohrid" located in the village of Drachevo, Skopje which he completed in the year 2007 after which he was accepted into tertiary studies at the Faculty of Theology "St.Kliment of Ohrid" in Skopje in the university calendar year of 2007/2008.

On the 19th of October he married Milena Kostovska Ilijevska, maiden name Kostovska in Kumanovo. On the 26th of July 2019 they are blessed with their first child, their son Teofil Mironski.

On the 4th of December 2014 at the church "Dormition of Mary Mother of God" Kamensko- Ohrid he is ordained as deacon of the church by his Eminence Metropolitan Timotej.

On the 8th of December 2014 at the monastery of "Ss. Kliment and Panteleimon" Plaoshnik - Ohrid he was elevated to the rank of priest by Metropolitan Timotej.

On the 12th February 2015 with Decision act No. 33 of the Debar- Kichevo Diocese he is appointed as parish priest at the fourth parish under the church of "St. Gorgi, Great Martyr".

He remains parish priest to this parish until the 31 st of August 2017.

In September of 2017 with the blessing of the Metropolitan Timotej, adhering to the requests of the Macedonian people of Australia father Robert Ilijevski is sent to the Orthodox Macedonian Diocese of Australia - Sydney fulfilling the position of parish priest at the church of "St. Dimitrija Solunski" in Wollongong. 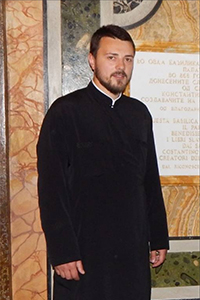