Our Macedonian Sporting and Cultural Complex is called “Macedonia Park” “Alexandar Makedonski” and is located at Hooker Creek Road, Berkeley.

The 50 acres of property was purchased in 1978 by the Macedonian Orthodox Community of the City of Greater Wollongong “Saint Dimitrija Solunski” and well over $350,000.00 of the funds were raised by our branch the MOC St Dimitrija Solunski Ladies Auxiliary by organizing various functions, including fundraisers such as Miss Macedonia.

On 7 January 2001, being Macedonian Christmas, the park was officially opened with a football game against a visiting side called Pelister from the city of Bitola in the Republic of Macedonia. 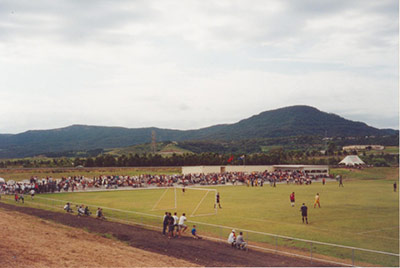 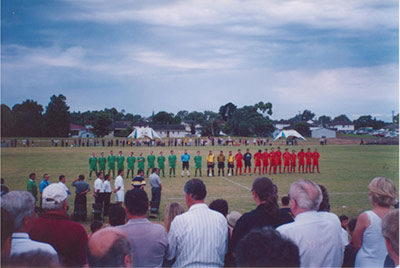 Our Macedonian Sporting and Cultural Complex “Macedonia Park” “Alexandar Makedonski” at Berkeley currently has a first class playing field, a training field, dressing sheds with showers, canteen facilities, club house, entertainment facilities, and a fully covered sitting area. The dedicated management committee from the Wollongong United Football Club is continually improving and upgrading the facilities, and more recently the grounds have been fitted with state of the art lighting.  In 2012 the Management Committee of the Macedonian Orthodox Community of the City of Greater Wollongong “Saint Dimitrija Solunski” determined to refurbish the entertainment hall to a first class air conditioned facility for a combined use by our Cultural Folkloric Dancing Group M.K.U.D. “Makedonija", Wollongong United Football Club and the community at large. 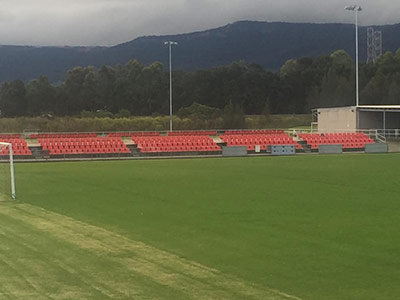 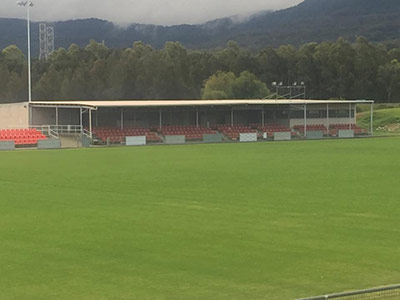 Macedonia Park is the home to Wollongong United Football Club, the “LIONS”

This Football Club has a proud history since it was founded in 1976 and has had its fair share of success.  The club started in the Illawarra second division in 1977 and went through the season undefeated. In 1978 the club was promoted to the Illawarra Premier League and won the Brampton Cup. In 1979 the club decided to play in the New South Wales Soccer Federation League and immediately won respect by all the clubs in Sydney.

In 1990 the club reached the highest possible competition by being promoted to the Australian National Soccer League. It was short lived but history was made by a group of Macedonians that decided to form a Soccer Club in 1976 and to see this club, in such short time, play the best competition in Australia, made us proud.  It also meant that players such as Mile Sterjovski and Scott Chiperfield  played in the Macedonian colors of red and yellow, these players later went on to represent Australia all over the world.

In 2004 the Club evaluated its position and it was deemed, in the best interests of the Club, its members, supporters and sponsors to return to the local Illawarra Football Association. In 2005, the Club competed in the IFA First Division with an aim to return to the IFA Premier League. Wollongong United finished second and gained promotion into the Premier League for the 2006 season. It is still in the Premier League and currently holding on to the top spot and proudly representing its Macedonian Community.

The Macedonian Orthodox Community of the City of Greater Wollongong “Saint Dimitrija Solunski wish to Congratulate the Team, Coaching Staff, the Management Committee,the supporters and all those involved with the club.

Please note that our senior and ex-players use the facilities for social games before all our main games on weekends. 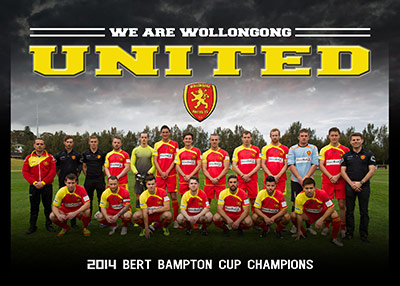 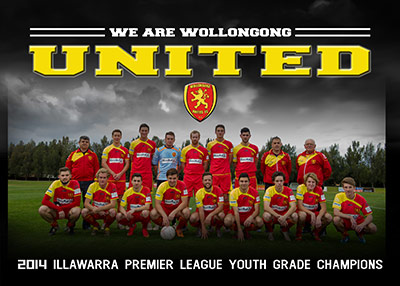